The Alchemy of a Wrestle in the Jungle With a Tiger

Home/Change, Hypnosis, Power of the Mind/The Alchemy of a Wrestle in the Jungle With a Tiger
Previous Next

The Alchemy of a Wrestle in the Jungle With a Tiger 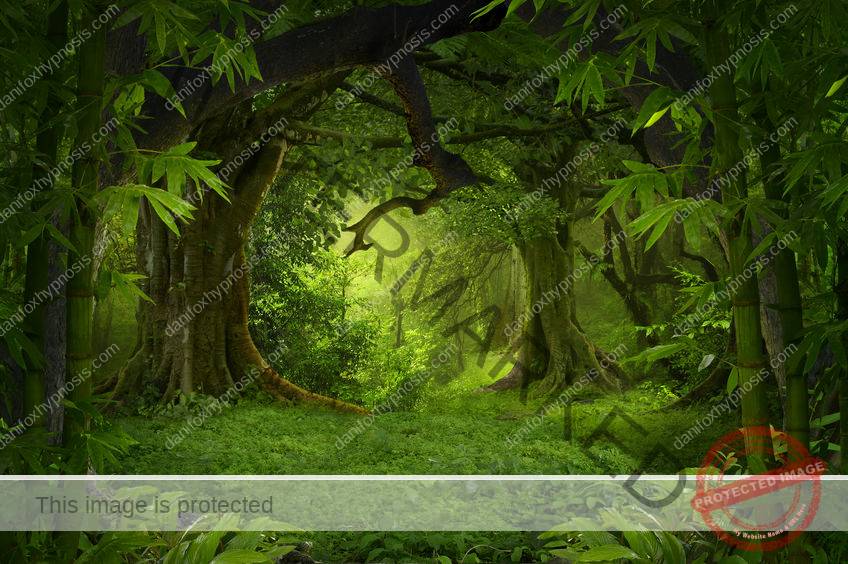 She didn’t know which was louder, the sound of her heart pounding deep within her chest or her feet making their way, step by cautious step upon the soft earth. She’d been to this jungle before, but not in a long time. Usually regarded from high above the mountain and across the water. A safe distance between.

All that separated her from that old scene now was a proscenium of large waxy leaves and a curtain of lush green wild jungle foliage.

“Psst,” she whispered into the darkness. “You still there?” Her body told her yes, he was still there.

“Psst,” a little louder and more anxious. “You still there? I feel like you are still there.”

“Yes,” echoed a familiar voice, “I’m always here.” The sound of his voice was confusing. . . seemingly coming from different angles – in front of her, beside her, around her, reverberating deeply inside of her assaulting her ears and the landscape.

“Why? Why do you stalk me? Why do you create this sick feeling inside me and make it terrifying for me to cross the water, and come down from the mountain – to go up the mountain in the first place? Why are you still here after all this time?”

“Because you keep me alive.” He replied matter of factly.

“How do I keep you alive? I haven’t even seen you in years?” She pleaded.

“I haven’t even seen myself in years.” He chortled. “How about I come into the light so you can know me better?”

Fear overtook her body. Hands shaking barely breathing, she poised for a familiar retreat. Before she could move, the tiger pounced and the two began a frenzied dance on the edges of the jungle. Intertwined, rolling back and forth – out into the blinding daylight and then back into the moist dark overgrowth. The sun offered spotlight to this sad spectacle – an observer as they wrestled in a death grip for what seemed like days, weeks, years. Locked in a frantic fight for control in a cloud of leaves and dust, they took turns getting the upper hand. Stronger and stronger in their grapple as time passed, never yielding in their position.

On a particularly cloudy day, sensing an opportunity, she took their tussle a little deeper into the jungle. As they strained and struggled, her eyes caught flashes of old familiar scenery. It was a dark shadowy catalog of memoirs – vignettes appearing as if in puffs of dust that faded as quickly as they appeared. It made no sense. The confusion only added to her angst. She screamed. He roared. She cried. He laughed. Helpless and hopeless, she sensed his strength and let go. He let go. Together, they lay in the jungle floor, eyes fixed up toward the pockets of blue sky above the canopy. The huffing of their heavy breathing, another voice of the jungles exotic orchestra.

Exhausted and completely spent, and now on his domain, she accepted her fate. “I’m done. I have done everything humanly possible. Here is where I die. Here is where he kills me.”

Eyes closed, she could sense his size as his shadow crossed in front of the sunlight. His hot sanguine breath – a blanket of death descending upon her. She felt the weight of his body as his thick shaggy fur pressed up against her body. Knots of muddy matted hair thumped against her skin and chest.

“This is it.” She resigned.

His head now, moving down and into her exposed neck “make it quick and easy” she prayed as she thought of what his sharp teeth might feel like piercing her skin. How she would hope for his mercy – to bleed out before being torn apart.

When his head made contact with her shoulder, she shuttered. It was not as she expected. Matted fur, felt smooth, like soft patina there were wisps of feathery strands of silk sweeping across her face and lips. He settled in, and wrestle became cuddle. There was softness and surrender. Curious prelude to death.

Opening her eyes just a sliver revealed sparkles of light dancing upon a smooth alabaster surface amidst a mixture of sand and sweat – artifacts of the struggle. The dust settled and the haze lifted to reveal a large magnificent winged creature poised humbly by her side, cradled in the crook of her neck and arm. A beautiful white stallion now lay suppliant at her side.

Unsure and not wanting to ignite or excite or worse, have it take flight, she lay there for what seemed like hours, stroking his pure white coat and reflected.

“The alchemy of a wrestle in the jungle with a tiger.” She mused.

Upon a white-winged stallion, she flew out of the jungle that day and into a new way of being and into a whole new world to explore.